The protest in Omaha, Nebraska, was over a police-involved fatal shooting of a black man last week

A smiling woman holding a pro-police sign stuck a decidedly opposing tone during a protest against cops in Omaha, Nebraska, following an officer-involved fatal shooting of a black man — and the woman was harassed and threatened for her stance.

Multiple videos show the blonde-haired woman dressed in a light-colored “Nebraska” sweatshirt holding a sign that read, “I [heart] OPD” — presumably short for “I love the Omaha Police Department” — and she stuck out prominently among the mob of protesters dressed in black. 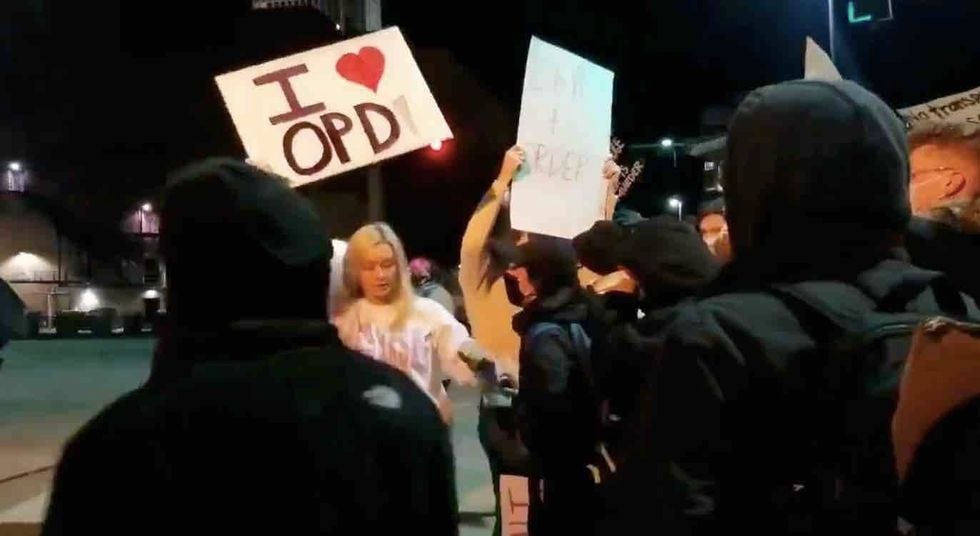 At one point as she weaves around the anti-cop crowd growing around her, one protester yells at her, “Baby girl, you’re not walking away anywhere!” and continues hollering just feet from her face.

When the blond-haired woman dares to smile in response, her adversary loses it: “Do you think black people being murdered is f***in’ funny, bitch?” 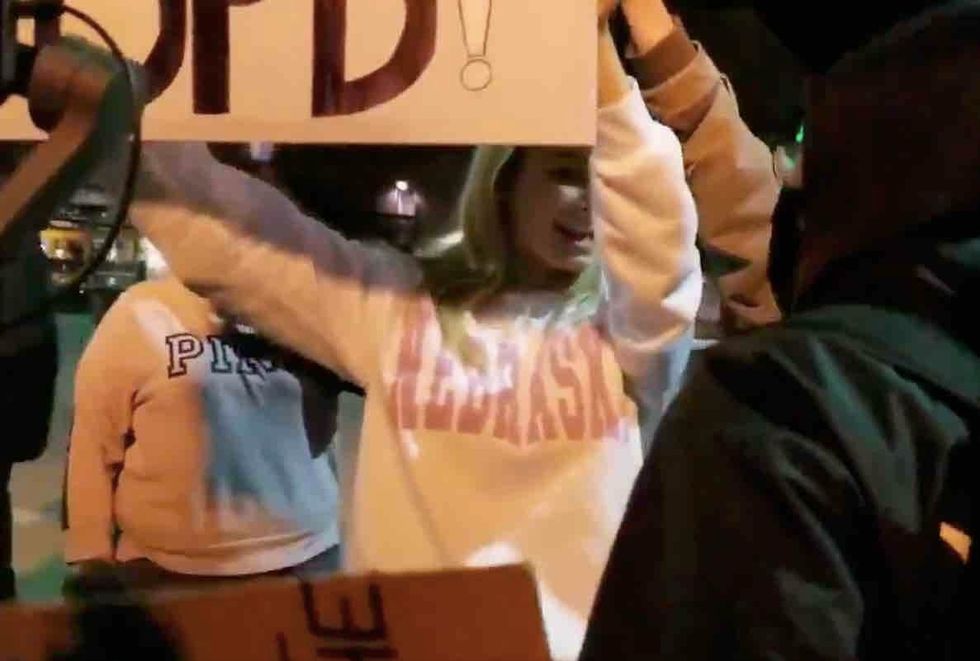 When the woman with pro-police sign moves some distance away, the angry protester actually follows her and continues yelling at her.

The accosted woman appears to push the protester’s arm away from her face, and with that the protester appears to threaten and even dare her to “put your motherf***in’ hands on me, bitch!” 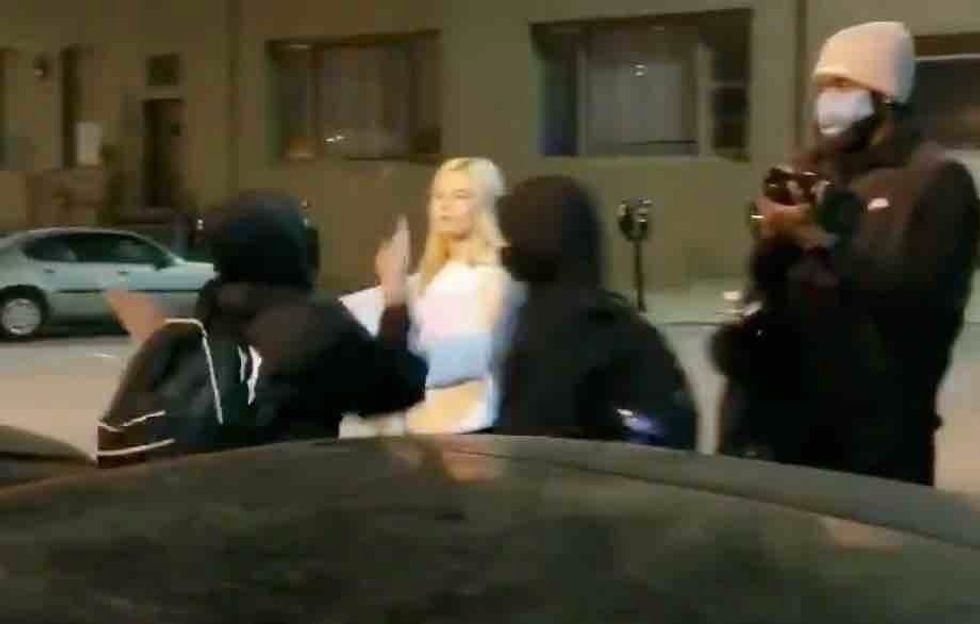 Just as the woman with the pro-cop sign manages to get away from her adversary, it appears police used pepper spray on the unruly crowd, several of whom yell at cops for their actions and run away coughing.

WOWT-TV said two women were arrested during Saturday night’s protest outside the Omaha Police Department headquarters — and that the arrests stemmed from assaults against a man and woman who came to the protest with pro-police signs.

Earlier on, protesters were chanting “Black Lives Matter” before arriving at police headquarters, KETV-TV said. And the man and woman arrived at the protest about 10:20 p.m. holding their signs but not obstructing the protest against cops, WOWT reported.

The station said officers went into the crowd and removed two women who allegedly assaulted the pro-police group as well as the pro-police individuals.

Pepper balls and pepper spray were used on the sidewalk “in front of agitators” while controlling the crowd and during suspects’ arrests, WOWT reported.

It isn’t clear if the arrests were related to the bullying episode of the blonde-haired woman — although one clip does show a man who appears to be with her getting his sign taken from him.

A Letter to President Trump: “We Enter This Battle with You, Mr. President with God’s Help – If We Perish, We Perish”